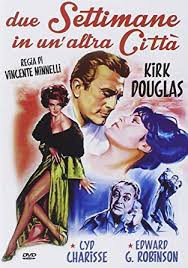 Trama: Former film star Jack Andrus is released from a sanitarium where he has lived for the previous three years, suffering from alcoholism, a traumatic automobile accident, and a severe mental breakdown. He's been offered two weeks of work in Rome by Maurice Kruger, his old director, who himself is near the end of his fading career and under pressure from his parsimonious Italian producer to finish his picture on time and under budget. Jack is also pressed from a manipulative ex-wife, a rising but self-destructive young star, the director's shrewish wife, and a temperamental Italian diva who requires handling with kid gloves. When the Kruger suffers a heart attack, Andrus views the opportunity as a last chance at the redemption of his personal life and professional career.