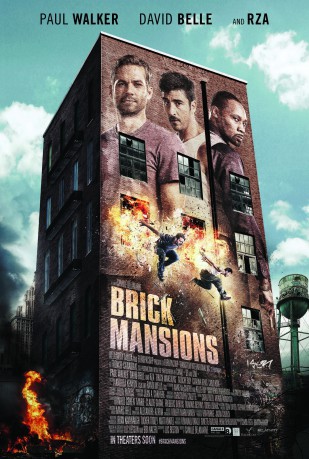 Trama: In a future where Detroit's most dangerous criminals occupy the city's deserted brick mansions, an undercover cop joins forces with an ex-convict to defeat the notorious drug kingpin who has taken the mayor hostage. Detroit has fallen to crime, and in an effort to contain it, authorities have sealed up the inner city with a massive wall. Once you're inside, you never get out. Lino (David Belle) is an ex-con who's trying to make the best of life in this urban penitentiary when his girlfriend is abducted by ruthless drug lord Tremaine (RZA). Meanwhile, as undercover cop Damien Collier (Paul Walker) contends with deep-rooted corruption within the police department, Tremaine imprisons the mayor, and threatens to detonate a powerful weapon unless he's paid millions in ransom. Despite their differences, Lino and Collier are the only men capable of entering the city, and defeating Tremaine's gang. With the clock ticking, this mismatched duo must now prevent Detroit from being completely decimated by a maniac who holds the entire city in the palm of his hand..