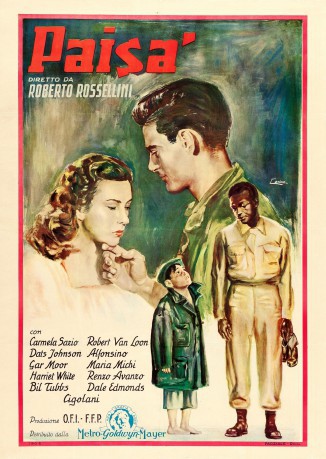 Trama: Enmeshed with the Italian Campaign during the liberation of Italy from July 1943 to late 1944, six distinct but unconnected episodes unfold in which American military personnel interact with Italian locals - some sympathetic, others hostile - as the Germans are forced to retreat from Sicily to the delta of the Po River. Beginning in Sicily, a local girl, Carmela, guides a band of American soldiers through a minefield with devastating results; then in Naples, Pasquale, an orphaned child of war, steals the boots of an inebriated African-American G.I. and is later followed back to his war-battered town. In liberated Rome, the impoverished young prostitute Francesca waits for the American soldier who fell in love with her six months before; in Florence, during a battle across the Ponte Vecchio, Harriet, a nurse in an American military hospital, risks her life to reunite with her lover. Next, three army chaplains are taken in by a Roman Catholic monastery in the Apennine Mountains, although only one of them is a Catholic. Finally, on the banks of Po River at its delta near Venice, American OSS officers and Italian Partisans fight the Nazis, after saving two downed English pilots.